Australian Opal is hydrated form of silica which has a glassy look. Depending on the way that the microscopic silica spheres are stacked, and the voids that form, many different colours and depths can be seen when light enters and refracts inside the stones. Some opal is formed inside, or attached to ironstone. This is commonly known as boulder opal. Sometimes the silica spheres can compact so tightly that no light can refract inside. This creates a form of opal known as ‘potch’ which is low grade opal, usually dark blue to black in colour. When potch is formed with silica spheres on top stacking more loosely, light is able to refract and bounce back off the potch background, shining with amazing colours. This is known as black opal, and is what has made the mining town of Lightning Ridge famous. When the spheres are stacked loosely, with know boulder or potch background, it forms opal known as crystal opal. Practically speaking, it makes little difference what is on the back of the stone or what the body tone of the stone is, even though there is a conception that Black opals are the most valuable.

Australian Opal flashes all colours of the visible spectrum. This will easily mesmerise any fortunate onlooker searching for the piece that will resonate with them. The stunning changes in pattern and colour as one moves the stone around is known as ‘the play of colour’.

Where does it come from?

The formation of Australian Opal is said to be due to a large inland sea which stretched from south west Queensland through northern New South Wales and down into South Australia thousands of years ago. A common belief is that Australia was very close to Antarctica at this stage which made the water of the inland sea very cold. The water was also stagnant and took a long time to dry out as the continents started to shift. These conditions proved to be perfect for creating the world’s best Opal. As the water started to dry out, it resulted in deep weathering of marine clay from the late cretaceous period. The weathering released silica which was sporadically deposited as Opal in suitable cracks, crevices, and cavities of fossils within the rock. This process of producing this beautiful Opal may have taken many thousands or even millions of years to perfect.

What is Opal worth?

Opal is very subjective, and as there are no 2 pieces the same, it is considered priceless. Each individual may like different stones to someone else. When pricing Opal, the main factors involved in per carat worth are:

Once an opal has been valued in terms of colour, it is weighed and the value is multiplied by how many carats it has. Larger stones may then be worth even more than the calculated figure because of the rarity of large stones with amazing colours.

As there are no two pieces the same, it is about what YOU like and are drawn to! 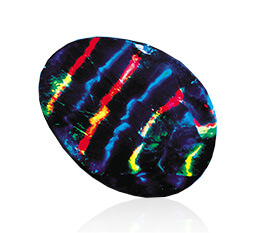 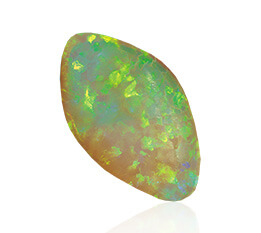 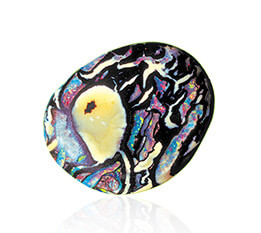